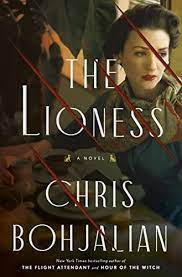 Katie Barstow, A-list actress, and her new husband, David Hill, decide to bring their Hollywood friends to the Serengeti for their honeymoon. The wealthy Americans expect civilized adventure. What Katie and her glittering entourage do not expect is this: A kidnapping gone wrong, their guides bleeding out in the dirt, and a team of Russian mercenaries herding them into Land Rovers, guns to their heads. The Lioness is a historical fiction thriller that follows a Hollywood starlet and her entourage as they embark on a luxurious African safari that turns deadly. Copies are available to borrow. Join us!